For retirees especially, inflation risk should always be a top concern in your financial plan. 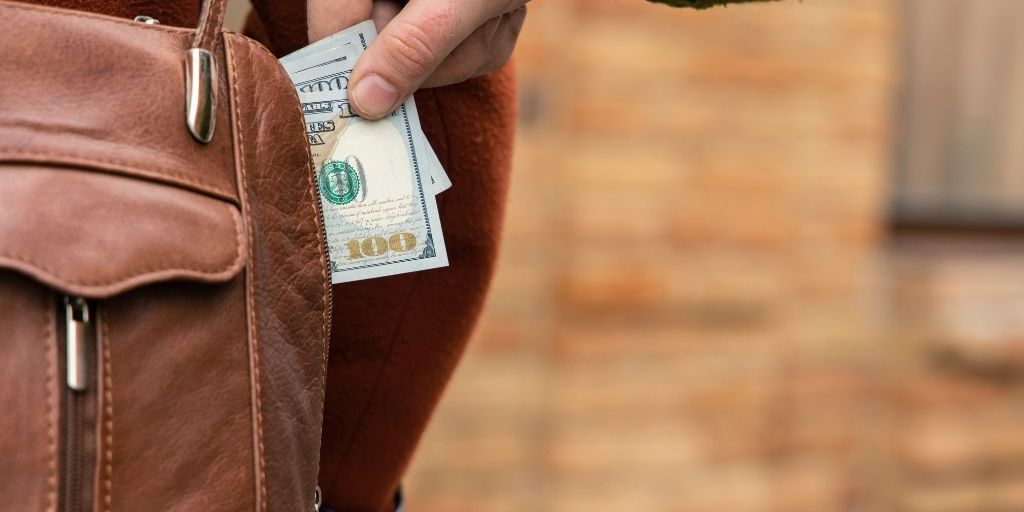 If you’re wondering whether you should be concerned about rising inflation and what it could do to your purchasing power in retirement, the answer, of course, is yes.

And not just right now, but always.

Inflation has been a hot topic lately as the U.S. economy emerges from its pandemic coma. Economists aren’t expecting the double-digit inflation levels the country suffered in the 1970s. However, there are worries that inflation could continue to rise over the next few months or years if the economy overheats.

That could have a big impact on pretty much everyone’s pocketbook and portfolio — and can be especially detrimental for anyone on a fixed income. For retirees and soon-to-be retirees, inflation should be a hot topic all the time.

That doesn’t mean running out and throwing all your money at stocks and other risky investments. Overly aggressive investing can make retirees vulnerable in ways that can be much more devastating than inflation.

But there are moves that can help protect you if rising prices make it tougher to live on the retirement paycheck you’ve created for yourself.

Watch Your Cash: Too Much Is Not a Good Thing

It’s a good idea to have money in savings that’s easily available to you. But not too much. I recently met with a gentleman who had about $750,000 set aside in cash and cash equivalents. I’m sure that made him feel safe. But his money is losing value — even if it’s been so slow that he hasn’t noticed it yet.

If some recent economic forecasts are correct — and the inflation rate sits at 3%, 4% or higher for any length of time — he’ll begin to notice the bite his money is taking.

Should retirees keep some money in cash? Absolutely. For those who are still working, financial experts usually advise keeping enough in an emergency fund to cover expenses for at least six months. For retirees, a rainy-day fund should hold enough to cover costs for 18 months to three years. If the idea of having an even bigger cushion gives you some comfort, go for it. But keeping too much cash on hand doesn’t make much sense.

Yes, if the Federal Reserve raises interest rates in the future as a way to tamp down inflation, savers may benefit. But it’s unlikely we’ll see big increases in the interest rates that savings accounts, money market accounts or certificates of deposit offer.

Be Prepared to Adjust Your Spending

Here’s something to consider when you’re planning your budget from year to year: Those official inflation numbers we see every month in the news may not be telling the whole story.

The federal government’s Consumer Price Index (CPI) — the most widely used measure for inflation — is calculated based on a generic “basket” of consumer goods and services that’s intended to look like those purchased by typical American consumers. But some critics say the CPI doesn’t capture regional variations in prices or spending patterns.

It’s also troubling that the methodology now allows for substitutions that can change the relative weighting of goods in the basket from month to month. And that may falsely lower the CPI. Unfortunately, this is the metric many government benefits are linked to, so it also can affect Social Security’s cost of living increases.

Of course, you should still give some consideration to those official numbers. But it also makes sense to pay equal or more attention to the rising prices in your personal “basket” each month, whether it’s what you’re paying at the grocery store, gas station, doctor’s office or pharmacy.

You may have to make adjustments to your budget to accommodate those cost increases — at least temporarily. Try to be flexible.

Don’t Shy Away from Investing

Just because you’ve retired doesn’t mean you must (or should) pull all of your money out of the stock market. Stocks are still the most tried-and-true investment if you want to outpace inflation.

You don’t have to go all in or take any crazy chances. But investing even a sizable portion (40%-60% if your risk tolerance allows) of your money in a mutual fund or exchange-traded fund (ETF) that replicates the S&P 500 can help you keep growing your money for the future.

If you’re investing in bonds, remember that rising inflation makes the price of bonds go down. And the longer a bond’s maturity, the lower its price can fall. So, shorter maturities do better when rates are rising.

One Final Word of Caution

Many of the investment and income-planning strategies you’ve likely heard or read about through the years – such as the “4% Rule” for withdrawals – are no longer applicable for modern-day retirees. And if we do move out of the current low-interest environment, there could be even more change.

Talk to your financial adviser about creating a balanced portfolio and overall retirement plan that gives you stability and security now and down the road. That way you’ll be better prepared for whatever happens next, whether it’s a pandemic, a tech bubble, a housing crisis or some other economic crisis.