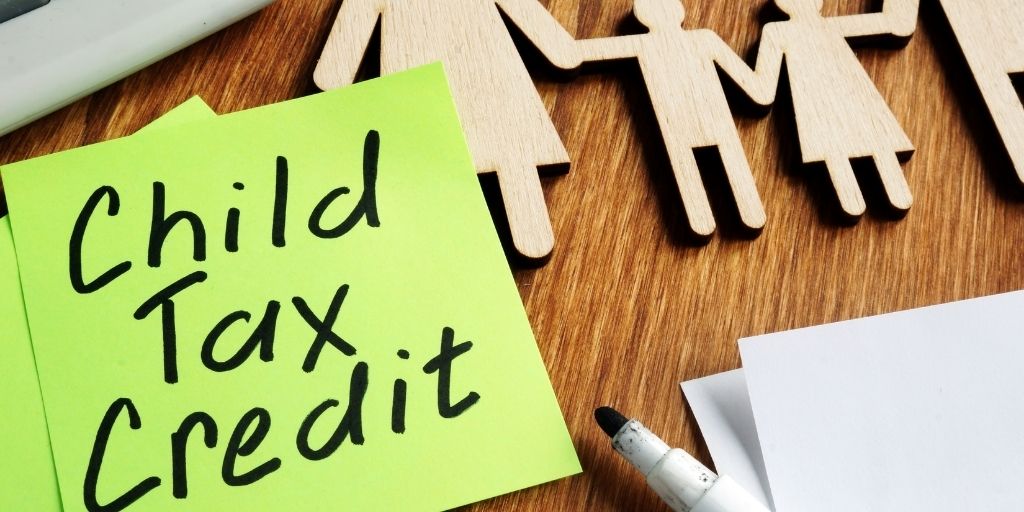 In just a few weeks, millions of families will start to receive monthly payments from the federal government through its new, expanded child tax credit.

For Marla Snead, 52, the money will mean the world.

Snead and her youngest daughter, Carlee, 14, live in Chesapeake, West Virginia – her eldest, Kelsie, is 22 and out of the house. Having an additional $250 cushion each month will mean that she can take Carlee to the occasional movie and buy her supplies and clothes for high school next year. She’s also considering buying air conditioners for their house, something they’ve gone without.

“Two hundred and fifty dollars, to me, is like handing a pauper a million,” said Snead, who is fighting cancer and lives on Social Security benefits. “It is going to help me so much.

“I mean, even Christmas – I might be able to get my children Christmas.”

How the credit works

The enhanced child tax credit is part of the American Rescue Plan, which President Joe Biden signed into law in March. For the tax year 2021, it expands the existing child tax credit to $3,000 from $2,000 for dependents 17 and younger and gives an additional $600 for children under the age of 6.

The full credit is available to all eligible children in families with 2020 or 2019 adjusted gross income of less than $75,000 for single parents and $150,000 for a married couple filing jointly. The full enhanced credit ends for individuals earning $95,000 and married couples filing jointly making $170,000, though they’d still be eligible for the regular child tax credit, meaning they’d get lower monthly payments starting in July.

When families file their 2021 tax returns next year, they’ll get the remaining half of the credit in their usual refund, or it will offset other taxes if they owe the IRS.

Some 39 million families, or 88% of American households with children, will receive the credit, according to the IRS. The money will lift more than 4 million children out of poverty, reducing the remaining number of children in poverty by more than 40%, according to an analysis from the Center on Budget and Policy Priorities, a left-leaning think tank.

“It’s literally going to put food on the table and a roof over people’s heads,” said Radha Seshgari, director of public policy and systems change for SaverLife, a national non-profit. “Without the money, some people in some households are living on a razor’s edge.”

The benefit of extra money each month

Seshgari also noted that getting the advanced monthly payments, as opposed to a lump sum when filing taxes next year, will specifically help some families.

Lafleur Duncan, 53, of Brooklyn, New York, will use the money to buy her 13-year-old son new clothes before he starts high school next year. The money will also go towards paying for the prescription inhaler he needs for his asthma, and help the family pay rent for their apartment in the Bushwick neighborhood.

Her family decided they’d like to get the advanced monthly payments instead of opting out for a larger lump sum next year because they need the help now. Lafleur lost her job as a nanny last year when the family she worked for decided to leave New York due to the pandemic. Her husband, a chef, had his hours cut due to Covid.

Others say they will also use the money to help them catch up. Margaret McGaw-Sullivan, 38, will use the money she’ll receive for her son, who turned 18 this year, and her three daughters, aged 16, 10 and 8 months, to get ahead on certain bills owed, such as property taxes on the house she and her husband own in Rockford, Illinois.

To be sure, some parents are wary of planning to get the monthly payments before they arrive. Laurynn Vaughn, 37, should receive payments for both of her daughters, aged 4 and 5.

But she won’t count on it until she sees the money in her account, she said.

“If I budget on money that I haven’t seen, I can put myself in a bad place and I can’t afford to be in a bad place right now,” said Vaughn, a daycare provider, notary and process server in Kissimmee, Florida. If the money does come, she’ll try to save most of it, she said.

Going forward, some lawmakers and researchers are pushing for the enhanced tax credit to continue. President Biden proposed extending the credit through 2025, while other Democrats want to make it permanent.

One portion of the expanded credit that’s especially important is that it is fully refundable, meaning that people can claim it even if they have no earned income. This ensures the credit goes to help the lowest-income families, who were left out of the previous credit because only a portion was refundable.

“That’s the difference between a family eating, or not paying rent, or not sleeping on someone’s couch,” said Danielle Goonan, managing director of the U.S. equity and economic opportunity initiative at The Rockefeller Foundation.

She added that making the credit fully refundable will lift millions of children out of poverty. “The harmful effects of child poverty is a massive cost on American society and on the overall economy,” she said.

As it stands, the enhanced credit — including the extra money, refundability and advanced payments — will only apply to tax year 2021. That means in January 2022, the monthly payments will suddenly cease.

When that happens, Kakena Jones, 40, will likely have to go back to working seven days a week. Jones has three children that are still at home with her — a 12-year-old, a 4-year-old and an 8-month-old. During the pandemic, she picked up part-time work at Lowe’s because her job at a group home in Nicholls, Georgia, wasn’t enough to cover childcare.

The child tax credit payments, however, will replace the money she’s bringing in at her second job. But, when the payments end in December, she’ll likely have to go back to working two jobs, she said.

“I would just like to be home with my kids again,” she said.