In a season filled with distressing news about the coronavirus pandemic, disappearing jobs, lost income and — don’t forget — civil strife and racial injustice, some Americans are constructing very good news on the retirement savings front.

You’d expect everyone’s retirement savings to be plunging. After all, the broad stock market’s 33.9% decline from Feb. 19 through its March 23 low was steepest decline in the shortest period since any meltdown since 1929, according to Sam Stovall of CFRA Research.

Your expectation would be wrong.

Disciplined savers — in this case, people who own both an IRA and a 401(k) account in the custody of Fidelity Investments — had combined retirement savings averaging $279,300 as of March 31. That’s the end of this year’s first quarter and the as-of date for most recent data.

So despite Wall Street’s first-quarter 2020 debacle of staggering, frightening losses, people with discipline to own at least those two types of retirement saving accounts emerged from the crucible $63,900 richer on average in retirement savings than they were six months prior. 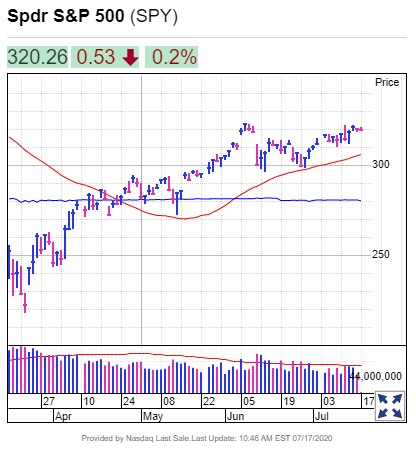 Still, that $63,900 gain is not due entirely to investors’ smarts and discipline over the past six months. Yes, it’s due in part to sharp investments, good judgment in staying invested during a downturn and the discipline to keep contributing despite a market pullback. The self-sacrifice required to plow portions of pay raises and year-end bonuses into heightened contributions helped. It’s due to contributing enough to earn the maximum company match.

So how do your retirement savings stack up?

In general, you’re keeping pace with your neighbors overall if your retirement savings — your combined IRA and 401(k) accounts — grew by 52% or more over the 10 years ended March 31 this year, according to Fidelity’s weighted-average data.

And how did you do in comparison to other people in your age group? Each age group finished the first quarter with a different average combined IRA and 401(k) balance. And each age group’s March 31 balance grew at a different pace over the past 10 years.

Those combined balances for each generational group are shown in this table:

Here’s are how savers did, generation by generation.

In Fidelity’s weighted-average calculation, that was a 64% increase over the past decade.

That was a 104% increase in average balances for combined IRA and 401(k) account balances.

Their 179% weighted-average increase in savings balance is the largest for any of the generational groups. It reflects the fact that Gen Xers advanced into their forties and fifties during the past decade. And those are the years when people tend to land their biggest pay hikes, according to PayScale.com.

Gen Z (ages 22 and younger): Members of Generation Z averaged a modest $10,200 in IRA-plus-401(k) retirement savings as of March 31. Fidelity can’t measure the rate of increase or the decade-earlier average balance because too many Gen Zers were too young to work and save 10 years ago.

Fidelity’s data reflect savings account balances only for people who held both types of accounts at once. They tend to be more motivated savers. The balances would likely be higher than a random cross section of retirement savers.

Plan ahead. The best way to know if you are saving enough is by defining your goals so you can measure from time to time whether you’re on track.

Your retirement savings game plan should spell out:

You should also detail:

Save enough. How much do you need to save each year to reach your retirement balance target? Fidelity vice president and retirement savings expert Katie Taylor said, “We recommend saving 15% of your income a year, including any company match.”

For step-by-step advice about figuring out how much retirement savings you need at whatever your age and income are, check out this IBD report.

If your savings are not on track to reach your retirement savings target, this IBD report explains a painless way to boost your rate of savings for retirement with small annual increases of one percentage point.

Accept a free pay raise. Any matching contribution your employer offers is basically a pay raise. The more you contribute, often up to a certain limit, the bigger the company match. “Save at least enough to qualify for the maximum company match,” Taylor said. “Don’t leave free money on the table.”

Don’t overlook savings aids. One of those retirement saving aids is the right to contribute extra money annually if you are age 50 or older. It’s known as a catch-up contribution. Use it.

Request a copy of our complimentary download 3 Things to do in a Market Downturn today!