Lockdowns hurt cigarette sales in emerging markets as the tobacco industry tries to figure out what comes next.

So, perhaps reassuringly, it turned out tobacco wasn’t so defensive during this global health crisis after all. 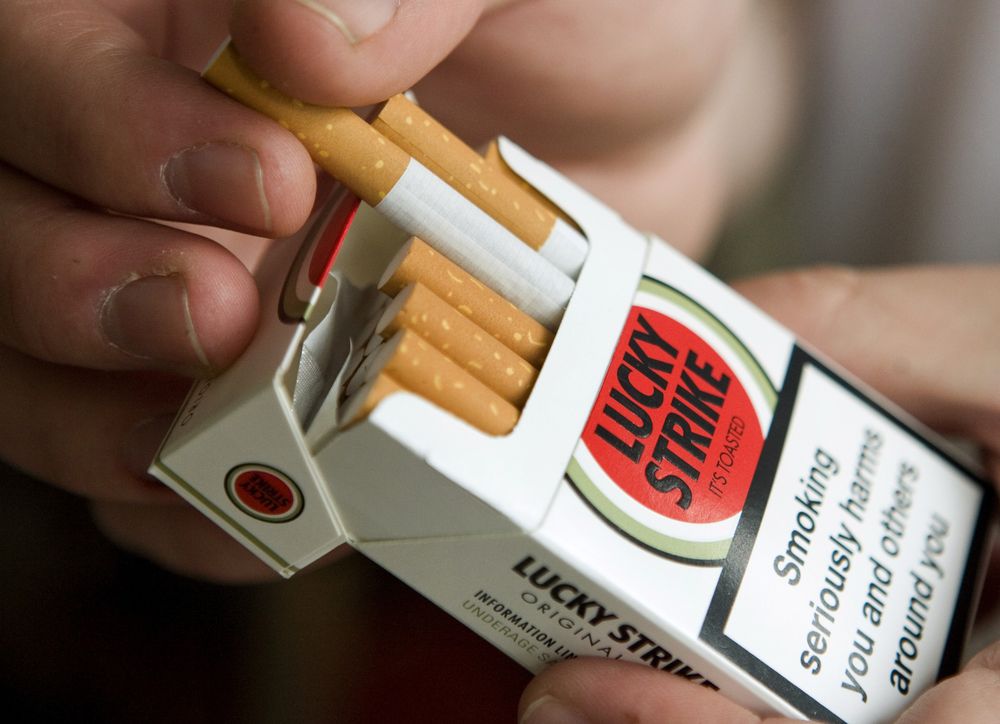 After indications early in the pandemic that tobacco may hold up, British American Tobacco Plc on Tuesday reduced its forecasts for full-year sales growth as Covid-19 lockdowns hurt business in emerging markets. The maker of Dunhill, Lucky Strike and Rothmans cigarettes depends on developing nations for one-quarter of its revenue.

South Africa has banned sales of tobacco products as part of a strict lockdown policy that BAT and other companies are fighting. Cigarette consumption has been disrupted by curfews in some markets, such as Bangladesh. In addition, smoking in markets such as Vietnam often takes place in bars and restaurants. With establishments closed, or consumers reluctant to venture out, there was less temptation to light up.

This slowdown provides good reason for pause for investors in BAT, led by the relatively new Chief Executive Officer Jack Bowles. With higher smoking rates, and the potential for consumers to trade up to more expensive brands as average incomes grow, these regions are supposed to offset the deterioration in developed markets as people there quit smoking. But now, because of the coronavirus hit, BAT expects a 7% decline in global industry sales volumes of cigarettes and heated-tobacco devices this year, more than the previously anticipated 5% fall.

This scenario has implications for competitors such as Philip Morris International Inc. and Japan Tobacco Inc., which produces Winston and Benson & Hedges cigarettes. Japan Tobacco has been using its strong balance sheet to buy emerging-market brands over the past few years.

As the contagion spread and shined a spotlight on potential risks related to smoking, lockdowns meant BAT had to delay launches of new devices that heat rather than burn tobacco and electronic cigarettes, because the stores where they’re sold were shut. The U.S. market, the world’s biggest for electronic cigarettes, was already struggling to recover after a spate of illnesses and deaths last year related to vaping.

Consequently, BAT expects to reach its target of annual sales of 5 billion pounds ($6.4 billion) from tobacco alternatives a year later than planned, in 2025. The dislocation across cigarettes and newer products will lead to lower underlying earnings growth this year than previously forecast, as well as a slower reduction in debt.

However, it’s still too early to throw out the thesis that people will reach for cigarettes no matter what’s happening. In developed markets, consumption is holding up. In the U.S., for example, industry volumes could now fall by only about 4% this year, compared with the 5% previously anticipated, amid signs pointing to BAT gaining market share and few consumers are switching to cheaper brands.

Vaping as a category is still reeling, but BAT is making headway with its Vuse and Vype brands. And it continues to invest in its tobacco heating device Glo, as well as in oral tobacco Velo. The strategy of having a balanced portfolio of new-generation products is wise. It’s not yet clear which of these categories will be the winner as traditional cigarette sales decline.

True, BAT had to lower its outlook and there is a risk that smokers will seek out cheaper brands in a recession, but at least the company is updating investors regularly. It also remains committed to its policy of paying out 65% of underlying earnings per share. Rival Imperial Brands Plc cut its dividend last month.

BAT has not been immune from the pandemic, but the company is positioning itself well for the future. And who knows, its biotech subsidiary might even come up with a Covid-19 vaccine.