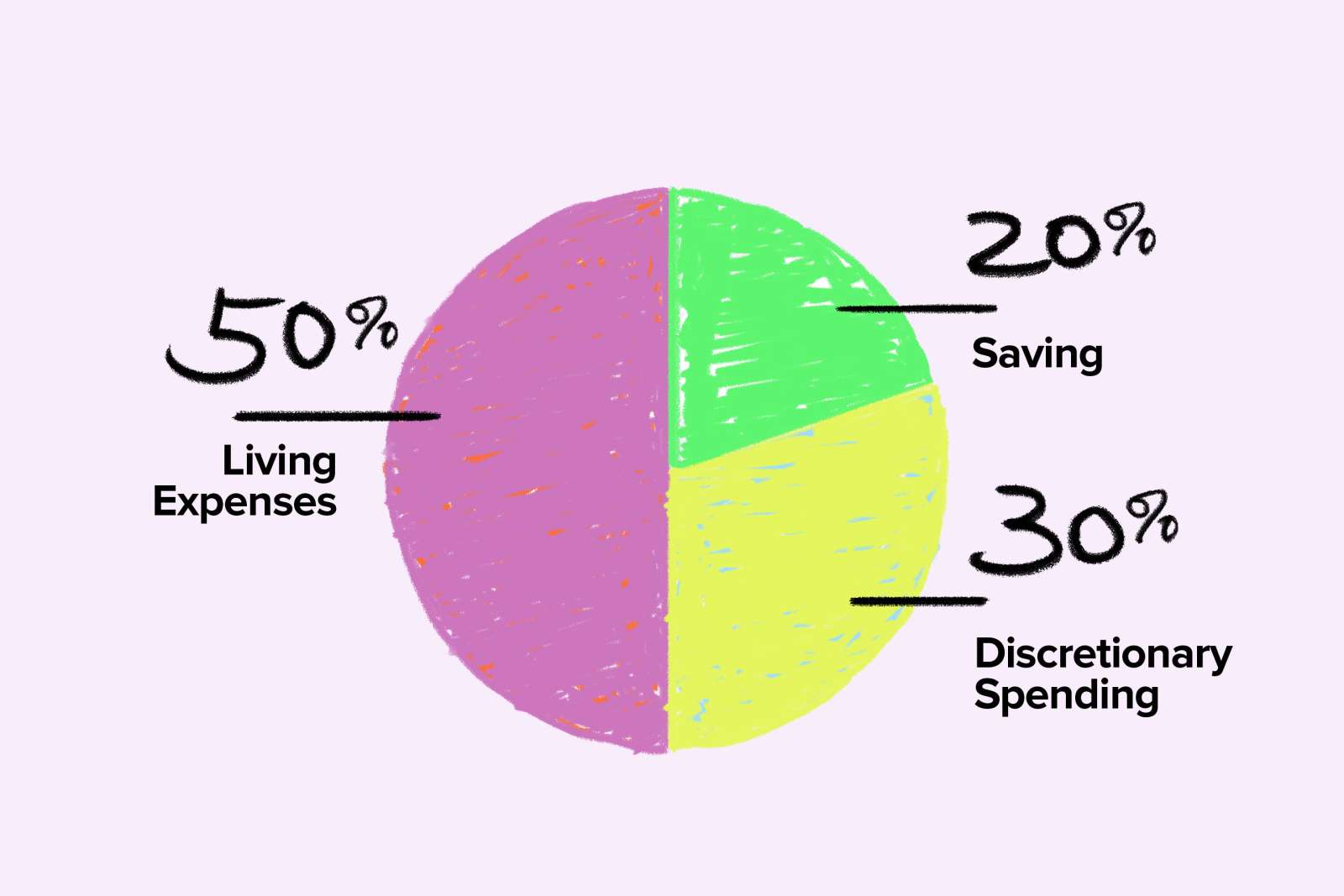 Personal finance is full of rules of thumb — spend 30% of your income on rent, put 20% down on a house, save a year’s salary by the time you turn 30. The principles sound great in the abstract, but sometimes they’re hard to apply to everyday situations.

For example, what should you do the second your direct deposit drops on payday? How much of your income should you actually be saving? What’s the best way to divide up your paycheck?

Notice he uses the words “net income.” Goetz makes a point of saying that you should take both taxes and retirement contributions out of your paycheck before dividing it up. Specifically, he urges people to contribute at least as much as their company offers to match. Then you can follow the 50-30-20 rule.

“The bare minimum needs to be to take the free money as far as maximizing the company match on your 401(k), 403(b), IRA, what have you,” he says. “You’re leaving compensation on the table if you’re not taking advantage of that.”

When first starting out, the 20% you’re saving should go toward building up an emergency fund. Goetz, who is also a partner at Burstin & Goetz, says he typically recommends people have six months of expenses in a relatively liquid account just in case something unexpected and/or catastrophic happens.

And speaking of catastrophes, given the current economic situation, Goetz says you should endeavor to get your emergency fund to nine months.

Saving is popular but not universal. A Bank of America survey from earlier this year found that 73% of millennials — people roughly ages 24 to 41 — are putting money away for the future, with nearly 60% of them having at least $15,000 in savings. A quarter of millennials with savings have over $100,000, though that figure includes the money in retirement accounts. (The stats also don’t take debt into account, so take them with a grain of salt.)

Step 2: Split Up Your Savings

Tania Brown, a Certified Financial Planner and financial coach for nonprofit SaverLife, says that when you’re beginning to save, you should have two buckets. One is your aforementioned emergency fund, which covers crises like if your car breaks down or there’s a sudden death in the family. The other is a short-term sinking fund for things you want within a year, like a new couch or a vacation to Hawaii.

In a roundabout way, having a short-term savings account can actually help you strengthen your emergency fund. Because you have money specifically earmarked for non-essential expenses, you won’t go into debt when you need to buy something, which in turn means you’ll be better equipped should an emergency occur.

Once you’ve got those buckets squared away, you can begin saving for longer-term goals or even dreams like buying a house or changing careers. If you’re really serious about saving, you may also want to set up purpose-driven accounts.

“As many ways as you can have specific uses for accounts will give you peace of mind,” Goetz says. “It’s easier to enjoy vacation when you know you’re not tapping into your emergency fund.”

Step 3: Above All, Get in the Groove

For those new to the savings world, Brown says commitment is key.

“Initially, it’s consistency over numbers. What we’re doing when you’re young is creating a habit,” she adds. “I don’t care if it’s $5 a week — just start.”

The bottom line? When you get a paycheck, you want to look at your after-tax, after-retirement-contributions income and put away roughly 20% if possible. Creating an emergency fund is important, especially during the pandemic, but you shouldn’t skimp on short-term savings, either. Just remember to stay flexible.

“Life is going to happen, and it’s OK,” Brown says. “Build enough of a foundation that when your life goes sideways, your finances don’t go with it.”