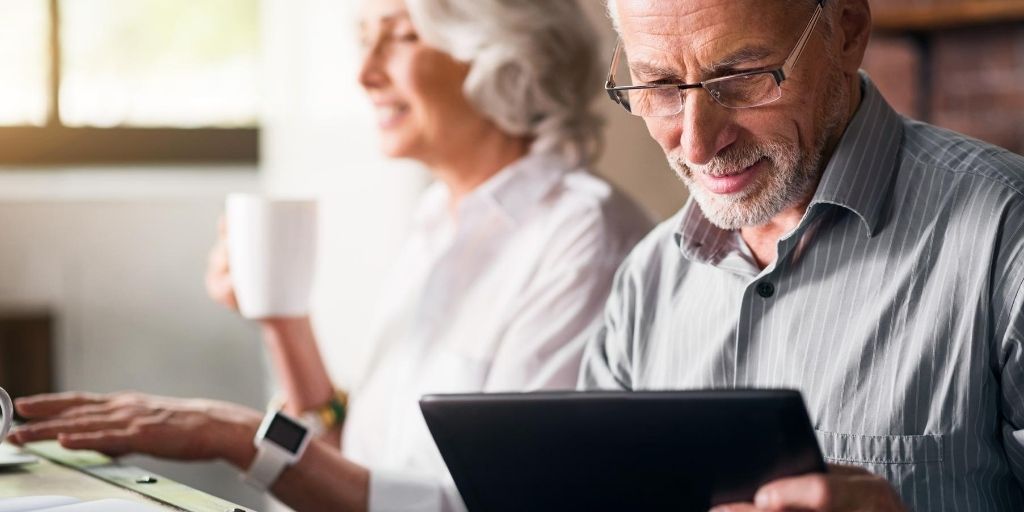 When the market descended into the fastest bear market on record in March, many watched in horror as 401(k) retirement accounts shed thousands of dollars seemingly overnight. For those at the start of their careers, there was the knowledge that time is on their side. But for savers nearing retirement age, a volatile shake-up in the markets can be more than a little jarring with less time on the clock.

“The first thing I would say is, don’t get emotional. Stay calm. Markets tend to recover, but let’s look at how not to get burned when the market dips when you’re closer to retirement,” offers Steve Kruman, a financial planner and investment adviser at Bryce Wealth Management. “When the market gets up to a level you’re comfortable with, then you have to have a volatility protection program of some sort,” he tells Fortune.

Indeed, for many soon-to-be retirees, the importance of diversifying your retirement plan is perhaps more important than ever.

Even in choppy markets, the age-old advice of “stay the course” is key for people closer to retirement—but perhaps with a twist: “I almost want to add into that comment not necessarily just ‘stay the course’ but revisit your course,” Jennifer Kruger, a CFP, vice president, and branch leader at Fidelity Investments in New York, tells Fortune. “Revisit your plan, which includes your time frame, your stomach for the market, your other financial situation, and what needs may be changing in the next five years or so.”

While watching the markets take huge dives (and post similarly dramatic recoveries) can be unnerving, Rhian Horgan, the CEO and founder of retirement and financial planning platform Kindur, suggests keeping this in mind: “There are things you can control and things you can’t. Unfortunately we all know we can’t control what’s happening in the markets, so the question is, What are the things that are actually in your control?”

When you’re younger, you’re likely heavily (if not wholly) invested in the stock market. But as you get closer to retirement, it’s important to reassess your risk tolerance and how you might want to diversify for the homestretch.

In general, experts say you should start thinking about your new plan for retirement around five to 10 years out from when you’d like to retire.

“When we say, ‘Become more conservative,’ you’re shifting from assets like stocks that tend to be more volatile: more ups, high highs, low lows, and you’re shifting to things that smooth out the roller-coaster ride,” says Kruger. “We shouldn’t be making bets at this point.”

A typical retirement plan that’s more conservative will include a mix of stocks, bonds, fixed income, and cash. But, “there’s not an end-all, be-all, ‘you should be in x percent conservative and x percent growth,’” notes Kruger. Most of the experts who spoke with Fortune say that a 50/50 conservative/aggressive (or 50/50 stocks and bonds or other investments) mix is generally a good idea nearing retirement, but emphasize each person’s situation is unique and it may be more or less.

The bottom line here, say experts, is to be realistic about your risk tolerance, what kind of guaranteed income you have, and what you might need to adjust to satisfy those needs.

Diversify, diversify, diversify. The phrase may get thrown around a lot in investing, but for people nearing retirement, “that means you may have some equity and some bonds and some other fixed income and some short-term cash, because we never know what is going to happen in the market in the short term,” Kruger says.

In general, experts suggest a mix of growth, value, and large-cap stocks and lower-risk bonds. Meanwhile, other investments like certificates of deposit (CDs), cash, and annuities (more on this later) could also help ensure your money isn’t all subject to the whims of the market.

One popular option is a target date fund, which automatically rebalances and diversifies for retirees with a chosen retirement year (2030, 2040, etc.). “For those that don’t have the will, skill, and time [to do it themselves], those target date selections are a great opportunity because they rebalance for the person’s age and time frame,” Kruger points out. “It’s a set it and forget it: You’re getting properly invested for your situation, they’re rebalancing, and they often become more conservative over time.”

However, target date funds can have higher fees than regular index funds, and those like Kruman suggest weighing if the fees are worth it or if you are able to actively do it yourself.

Still, there’s only so much diversifying you can do within a 401(k) plan. “The thing I tell people very bluntly is a 401(k) has an ‘O’ in it and a ‘K’ in it, but it doesn’t mean everything’s going to be ‘OK’ if that’s the only thing you rely on,” quips Kruman. “You really cannot come up with a good volatility control plan just in your 401(k).”

That’s why other investments like annuities might make sense for soon-to-be retirees. To be sure, annuities have something of a bad reputation for their often variable and sometimes hidden fees and capped upside, but those like Kruger and Horgan note annuities could play a role in giving you a dependable stream of income, and, perhaps more important, protecting your principal. “What I would ultimately tie that up to is the word ‘protection,’” Kruger states.

With a fixed indexed annuity, if you get a lifetime income rider for a fee, you can get guaranteed income through the annuity for life, while multiyear guaranteed annuities (MYGAs), which Horgan describes as “an alternative to CDs,” basically give you a guaranteed rate of return for a set period of time. Although it varies, experts note MYGAs often have better interest rates than CDs. But be sure to read the fine print and do your research to see if the protection annuities offer is worth the downsides.

For working professionals, 59.5 is a magic age.

That’s when you can begin making in-service distributions from your 401(k) and rolling the funds over to other investment vehicles (it’s important to note that plans have differing rules for how that works). Those like Kruman and Horgan favor the idea of rolling over funds from your 401(k) into an IRA, which has more flexibility in terms of investment options.

Meanwhile, experts suggest opting for a Roth (for your 401(k) or IRA) because everything is taxed beforehand, and you’re able to withdraw funds tax-free if you’ve had your Roth IRA for five years.

Experts say keeping cash on hand should be a key part of your retirement planning—and will shield your nest egg from the volatile swings in the market.

While it’s going to vary for each person, having about six months’ worth of expenses in the bank is typically the “rule of thumb,” Kruger notes, but as you get nearer retirement, you may want to up that cash pile depending on your situation, she says.

Meanwhile, Horgan notes if you have guaranteed sources of income coming in, like Social Security, a partial pension, rental income, or something like fixed annuities that “cover most of your expenses, you actually don’t need to have a lot of liquid cash,” she says. “But if there’s a gap…that’s where having six or 12 months of expenses set aside in easy-to-access cash could be really prudent.”

Factor in the unforeseen costs

The market itself may be unpredictable, but experts say one of the biggest surprises to their clients is the cost of long-term care.

“Health care in retirement is one of the biggest costs for retirees, and unfortunately it’s probably one of the biggest surprises, because their financial advisers haven’t been encouraging them to save for this cost as they approach retirement,” says Horgan. In fact, even excluding the big cost of long-term care, it’s estimated a regular couple would need $295,000 for postretirement health care costs.

And you shouldn’t wait until the last minute to think about these costs: “The best time to be assessing long-term care is actually in your fifties,” suggests Horgan. You can buy long-term-care insurance, but it typically comes with a hefty price tag.

Other options for paying for care in retirement could include the sale of a home, or even setting aside something like $300,000 in a separate account to grow with interest and “just keep that segregated for that cost someday,” suggests Kruman.

Think outside the box

It’s easy to hear the word “diversification” and think stocks, bonds, and international exposure. But for those like Horgan, having a diversified retirement plan includes your income streams, too—and those are perhaps more important to retirement than stock picking, she suggests.

“I focus on things like their spending, their part-time income, their Social Security election. I have much higher confidence these can change the outcome in a positive way than trying to make these tactical bets in the markets,” says Horgan.

Horgan says she’s hearing from her customers (in the boomer age range) that they have been able to save hundreds of dollars a month by not traveling, going to dinner, or attending live events during the pandemic. Reducing your spending by $500 or so a month could have a big impact on your retirement savings, especially if you use it to do a catch-up contribution in your retirement account or sock it away in savings, Horgan says. Meanwhile, she sees soon-to-be retirees choosing to earn part-time income (“The old days of retiring at 62…is extremely uncommon,” she says).

Plus, Horgan points out, if you can wait to start claiming your Social Security benefits once you’re 62, you’ll get a roughly 8% benefit increase for every year you delay up to 70 years old.

“Think about the things you can control: Think about some of your reduced spending: Can you keep that up? Think about part-time income or whether you’re willing to delay retirement by a year or two. All of those things tend to add two to five years to the life of your retirement income,” she argues.

What to do if you haven’t diversified

It’s clear the advice is to diversify your retirement accounts and assets as you near the finish line. But what if you haven’t done that yet, and the clock is ticking?

“If they’re running out of time at this point, I’d say increase your 401(k) contributions. If you haven’t taken advantage of the Roth 401(k), still start it now,” Kruman suggests. “Keep participating, increase contributions.”

Meanwhile, Horgan notes, “the first thing I think about is, ‘Keep being disciplined about saving.’” If you’ve been able to save an extra buck or two during the pandemic, Horgan suggests thinking about how you can keep up those savings and put that extra cash into your retirement.