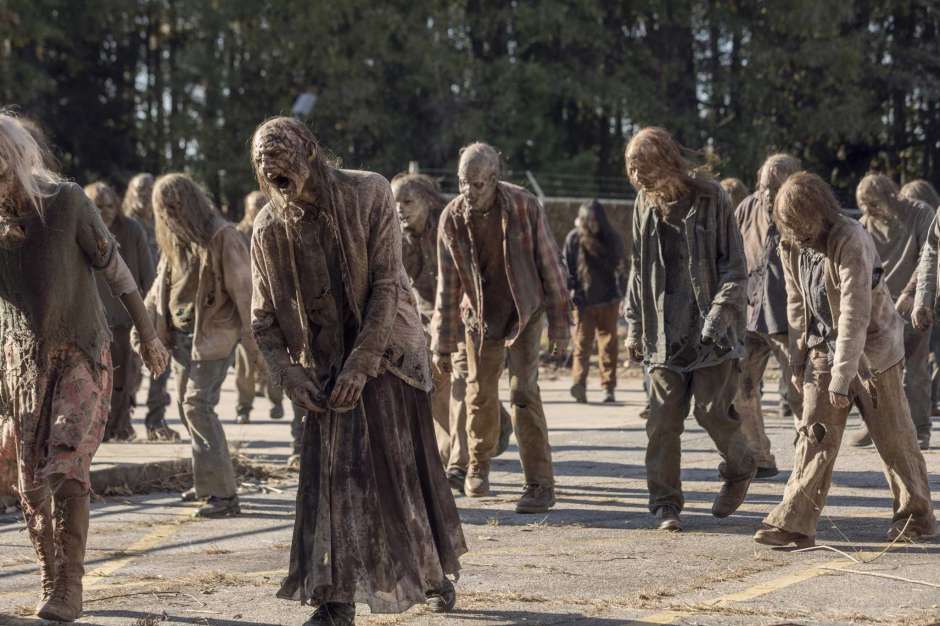 Numerous businesses have turned into the “Walking Debt,” Express-News columnist Michael Taylor writes. They carried a lot of debt before the pandemic, and the COVID-19 recession has stripped them of their ability to repay their loans. The scene is from AMC’s “The Walking Dead” television series. (Jackson Lee Davis/AMC/TNS)
Photo: Jackson Lee Davis /TNS

Debt workouts will drive financial decisions for the next year.

In certain industries, the coming year’s business story can best be understood as something from my new made-for-Netflix mini-series “The Walking Debt.”

The business is already a debt zombie. It will remain on its feet but unable to thrive. It shuffles slowly, inexorably forward. This not-quite-alive/not-quite-dead business will persist until creditors work out how to handle its huge debt load.

It’s highly uncertain who will survive this season. This is true for most oil- and gas-related businesses right now. Most tourism-related companies. And most hotels, restaurants, bars and gyms.

I don’t mean to sound flippant about zombies and undead businesses. I unhappily ran a zombie investment fund myself from 2009 to 2011, the most unpleasant professional years of my life. This isn’t a feel-good movie, nor is it a comedy.

It’s just that if you want to understand why certain people, businesses and industries act the way they do over the next year, you need to know that their debt has made them into zombies.

This led me to seek out professionals who work on commercial debt negotiations, those who represent both creditors and the debtors.

Dean Kaplan of the Kaplan Group in California has carved out a niche working to collect large commercial debts. Typically, he’s sent in to recover six-figure past-due amounts. He works on a contingency basis, collecting between 10 and 15 percent of the amount owed.

His specialty is complexity. His experience as a telecommunications entrepreneur, as well as an owner of a manufacturing company, leads him to view debt negotiations “not as a collections approach but as a business problem to be solved.”

So we have people like Kaplan in one corner, trying to maximize debt recoveries.

In the other corner is New York-based attorney Leslie Tayne, whose firm, Tayne Law Group, represents small-business and consumer debtors in their attempt to work out a deal with their creditors. Her goal is for her clients to avoid bankruptcy if possible by negotiating reduced amounts and a longer-term payment plan.

When I asked her if lenders or debt collectors, such as Kaplan, worry when Tayne gets involved, she said no, it’s the opposite. When she represents a debtor, creditors know the plan is to start making payments. They may disagree on how much and how fast, but her approach with debtors is to develop a payment plan that works.

I asked them both what’s different about debt workouts during the COVID-19 pandemic.

“We have entire industries that just seem to be wiped out — travel-related, trade show or convention-related,” he said. “We have a debtor who does catering. Anything along those lines, when we figure out that’s what we’re dealing with, we understand why. We’re in a holding pattern. We tell our (creditor) clients that we’re going to have to wait and see. We just need to see if that business is going to survive.”

Kaplan often can’t get anyone to answer the office phone. Finding the right contact, who may be working from home, is another challenge. Office switchboards forward to personal cellphones. The person who answers is rarely the right contact.

An additional challenge is getting a court date. “The courts were backed up before,” Kaplan said, “but it’s ridiculous now.

“Before, we would tell clients in California that the trial date would be in 14 months. Now it’s 20 months. If someone owes you money in 2020, you’re not going to get a trial until 2022.”

Tayne says that during the first six months of this crisis, banks went out of their way to work with debtors. However, many debtors have not planned for the end of their mortgage forbearance or student loan payment deferrals.

“What often happens is that consumers are not sufficiently prepared,” Tayne said. “They don’t think about what’s going to happen at the end of the process. My experience is that you’re not going to see the fallout today. You’re going to see it six months from now or a year from now.”

The zombies keep shuffling forward. Among consumers, bankruptcies are at a 26-year low. Hardball tactics by debt collectors, mortgage banks and landlords will likely result in a surge in consumer bankruptcies, but we’re still months away from that. The business bankruptcy surge is already underway, concentrated in a handful of industries.

For those who do not seek bankruptcy, we would expect months of wrangling around debt settlements and workouts, with tough characters like Tayne and Kaplan duking it for their respective clients — creditors and debtors.