ProPublica resorts to padding to make its use of stolen tax data look like ‘important’ journalism. 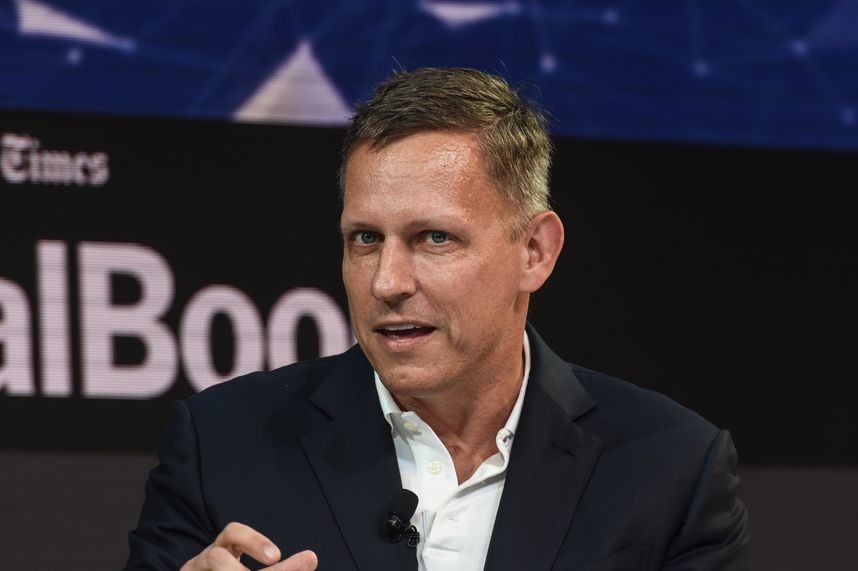 The latest tax reporting extravaganza from ProPublica reminds me of the Steve Martin routine that began, “You too can have a million dollars and never pay taxes. . . . First, get a million dollars.”

Why does Peter Thiel, subject of the latest installment, have $5 billion in his Roth IRA? Because assets he deposited years ago, shares received for participating in the startup of PayPal and other successful companies, have ballooned over 20 years to an improbable degree. When Congress set the annual contribution limit at $2,000 in 1999, I doubt it visualized any taxpayer seeing such asset appreciation. But the rules Congress set up are the rules Congress set up. And Mr. Thiel’s Roth use isn’t news. Gawker reported the bare fact in 2009. Forbes, digging through public records, showed in 2012 how he and other Silicon Valley entrepreneurs used tax-deferred vehicles for their startup stakes. Congress held hearings. The Government Accountability Office issued a report.

Indeed, in the piece it posted Thursday, ProPublica essentially acknowledges that, when a thief dumped in its lap more than 15 years of tax return data on thousands of wealthy Americans, it went looking for the Thiel tax usage it already knew about.

Which raises a question. When is the “news” justification for trafficking in illegally obtained information so strained that it cannot serve as a defense when other important public values are at stake?

Had the theft, which seems to have been a considerable undertaking, even occurred when ProPublica was approached about publicizing its results? What assurance did ProPublica give the thief it wouldn’t go straight to the cops? Misprision of a felony, the concealment of a serious crime, is itself a crime.

However it came to light, the $5 billion in Mr. Thiel’s Roth IRA would be news, but no court would justify a reporter breaking into Mr. Thiel’s house or an IRS computer to get it.

Read the 5,800-word piece and notice how much of ProPublica’s effort went into demagogic framing, mining the history of the Roth IRA and Mr. Thiel’s history of colorful statements, and how little into processing any new information the stolen tax data brought to light. “One day in early 1999, a deputy of Thiel’s at the company that would become PayPal walked into the San Francisco office of Pensco Pension Services,” ProPublica reports.

It was Forbes, in 2012, that named Pensco as Mr. Thiel’s pension adviser.

The hindsight fallacy gets its usual workout. If Mr. Thiel really had known what his shares would be worth, he might well have avoided the Roth and preferred to be subject to the 20% capital-gains tax in return for having total liquidity of his holdings. As ProPublica glides over, once his shares were in a Roth, the government treats any attempt to free them before Mr. Thiel reaches the age of 59.5 as an antisocial act, to be hit with the top income-tax rate plus a 10% penalty.

The irony is that almost every thinking person—as ProPublica acknowledges, including Mr. Thiel himself—thinks our tax code is nuts.

But more to today’s point, ProPublica’s ritualized recapitulation of the standard journalistic tax outrage piece could have proceeded, and 99.9% does, without Mr. Thiel’s stolen tax returns. The new stuff ProPublica adds to the public record, aside from sheer bulk of verbiage, is barely one step removed from an employee combing through his company’s data files for celebrity customers whose details it might be amusing to post on social media.

In both cases the privacy breach was limited to newsworthy figures and related to matters of immediate news interest. They didn’t involve a sweeping and indiscriminate criminal violation of the privacy of thousands of taxpayers, through which reporters then trolled for information about the boldface names most likely to attract clicks.

Hence a suspicion is hard to shake off: The enormous padding with which ProPublica surrounds a single arresting fact—the dollar value, as of tax year 2018, of Mr. Thiel’s otherwise widely reported Roth account—smacks of more than journalists overselling their scoop. It smacks of ProPublica straining to justify its decision to accept the stolen files in the first place, thereby protecting the thief and hiding from the public for its own purposes the urgent and critical information that such a theft had taken place.

Enjoy this complimentary download to accompany this article: Take Charge of Your Taxes