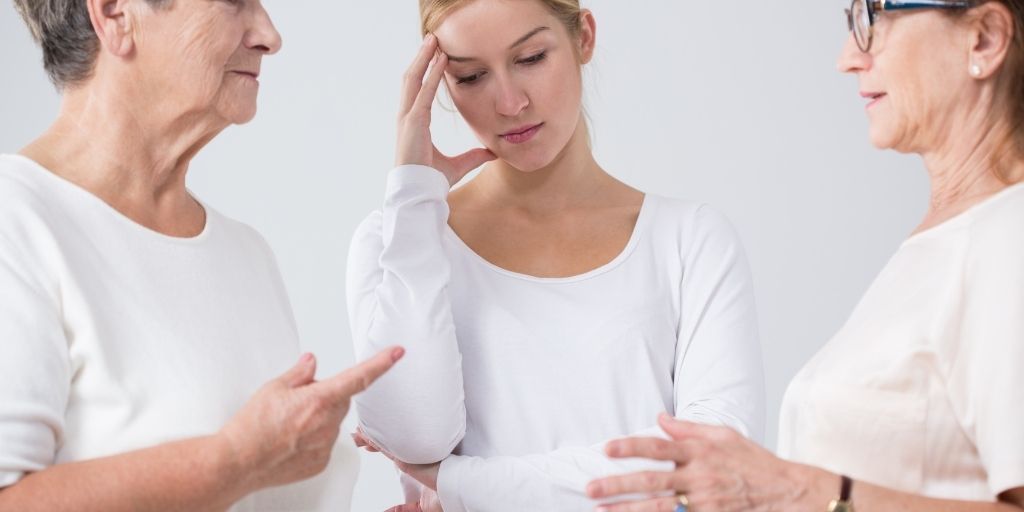 While you might be anticipating a dreadful conversation about the state of American politics with your cousin, before or after all of the ballots are counted, there’s an even more awkward conversation lying in wait: money.

Perhaps a family member has a great idea and needs some early funding to get their business off the ground. Or maybe they’ve fallen on hard times, like so many Americans during the pandemic, and need a loan to make rent.

Despite living in an era of oversharing and doomscrolling, many Americans still think money is too taboo to talk about. A recent study by Capital Group found that Americans felt more comfortable discussing mental illness, drug use, and problematic marriages than they do discussing their incomes.

Most financial experts will advise you to avoid loaning friends and family money, but survey data shows many Americans are not listening, and are paying more than just a financial price.

According to a 2019 survey by Bankrate, 60% of Americans have helped a friend or family member by lending them money, expecting to get paid back. Of those respondents, 37% reported losing money and 21% said that the personal relationship worsened.

If someone close to you, family or friend, asks for money, keep the following recommendations in mind.

When someone asks for loan from a traditional source, like a bank or credit card company, they are required to fill out applications. Lenders need to determine someone’s creditworthiness, which is reflected in their FICO score.

Most people won’t ask a family member for their FICO score, but they probably already have a good idea of the borrower’s trustworthiness. If the borrower has bad financial habits, or you know they struggle with debt, you should not feel guilty about saying no, especially if lending someone money could harm your own financial security.

“Don’t lend more than you can afford to lose. Ideally, I think these arrangements are best treated as gifts,” said Ted Rossman, an analyst at CreditCards.com.

It can feel like an ambush when someone close to you asks for a loan. Often the borrower will want to know immediately whether or not they can count on you, but Dr. Lea Lis, a double board-certified adult and child psychiatrist and author, says you can delay the conversation.

“Don’t feel pressured to answer immediately. If a family member is looking to start a business ask them to come back to you with a business plan,” said Lis.

This not only buys you a few extra days, but gives the borrower more time to assess the merits of their financial request.

Don’t lend more than you can afford to lose.
Ted Rossman
ANALYST AT CREDITCARDS.COM

Ask what it’s for

Do not be hesitant to ask what the money is intended for. Whether it’s $2,000 or $20, it’s your money and you have a right to know where it is being spent on.

Some financial advisors and personal finance blogs recommend putting the agreement in writing, but Rossman warns this might not offer much protection. “I worry about enforceability. Even if you have a written agreement, you’re probably not going to take your relative to court, report a friend to the credit bureaus,” he said.

Instead of a written agreement, settle on a repayment schedule. Ask the borrower to present a detailed schedule of how they plan on paying you back.

Lis suggests that borrowers and lenders set small tangible goals and avoid just writing a check. Reaching a certain goal could result in more funds being awarded as a reward.

Accept you may never get paid back

Depending on the type of loan and who the borrower is, you might never get that money back.

According to a LendingTree survey, people who lend to relatives only get back about 57% of the loan.

“Kids fail a lot, but most entrepreneurs got started by borrowing from their parents. Parents should only give as much as they can afford to lose and accept that they may never see that money again,” Dr. Lis said.

Parents who can afford to lend to their children or nieces and nephews should take this opportunity to mentor them or introduce them to mentors. “If a child comes to them with a business plan, the parents should introduce them to their network. They could even make it a stipulation of the loan that the child meets with someone with experience in what they want to pursue,” Lis said.

Even if the child fails there is a teachable moment there. Lis suggests reflecting on what went wrong with the venture and imagining how things could have been done differently.

Enjoy this complimentary download, How do interest rates play a role in retirement income strategies?