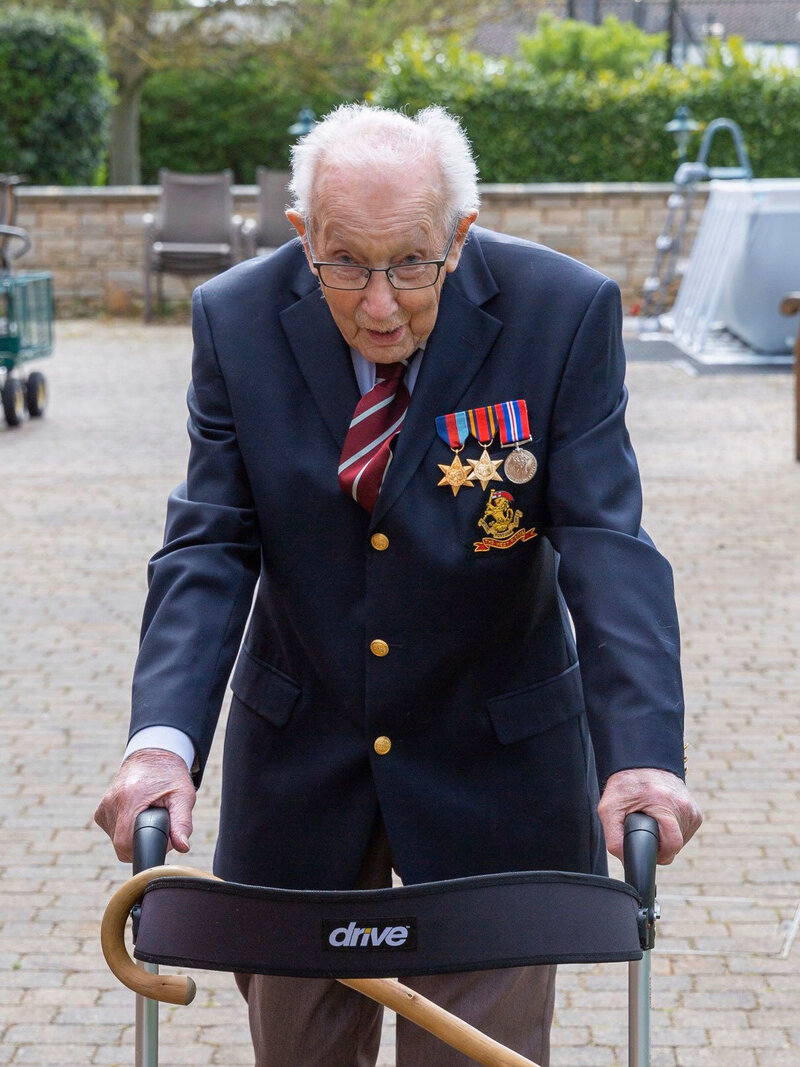 Tom Moore, who served as an army captain in World War II, had originally aimed to raise $1,250 before his 100th birthday on April 30. More than 347,000 people have donated to his effort.

British World War II veteran has raised more than $9 million in donations for the U.K.’s National Health Service as it battles COVID-19.

Tom Moore, who rose to the rank of army captain while serving in British-ruled India and Burma, set out to walk 100 laps of his back garden in Bedfordshire, around 50 miles northwest of London, before his 100th birthday on April 30.

His original fundraising target was $1,250. His family said the fundraising site JustGiving had to stop the “Captain Tom Moore’s 100th Birthday Walk for the NHS” page from crashing, as more than 90,000 people tried to access it at one point. So far, more than 347,000 people have donated to Moore’s effort.

Moore told the BBC the flood of donations was “completely out of this world.”

Moore plans to continue fundraising, with another 100 laps in 10-lap daily increments. The money will go to NHS Charities Together, a collective that supports the medical staff, volunteers, facilities and patients of the NHS, Britain’s publicly funded healthcare system, which was created after the Second World War.

“Let’s all carry on and remember that things will get better,” Moore told BBC News. “We have had problems before — we have overcome them — and we shall all overcome the same thing again.”

Moore’s story draws on two enduring pillars of traditional British identity that were established in the 1940s: pride in the country’s World War II victory and the NHS, which is free to everyone at the point of use.

Moore decided to use the fundraising challenge to thank NHS staff for helping him recover from a recent hip replacement and skin cancer. He was encouraged by his daughter, Hannah Ingram-Moore, who said she originally thought the $1,250 target was “a stretch.”

Her father, who lives with her and her family, had been exercising in the back garden following the hip operation when the idea came about.

“Life is all about purpose — we all need purpose,” Ingram-Moore told the BBC. “Whilst he has had a life full of purpose, he did fall and break his hip and became much less independent than he had been for the preceding 98 years.”

Ingram-Moore said the British public and donors have given her father a new purpose late in life: “I think he’ll do this until everyone says, ‘Stop, don’t do this anymore.'”