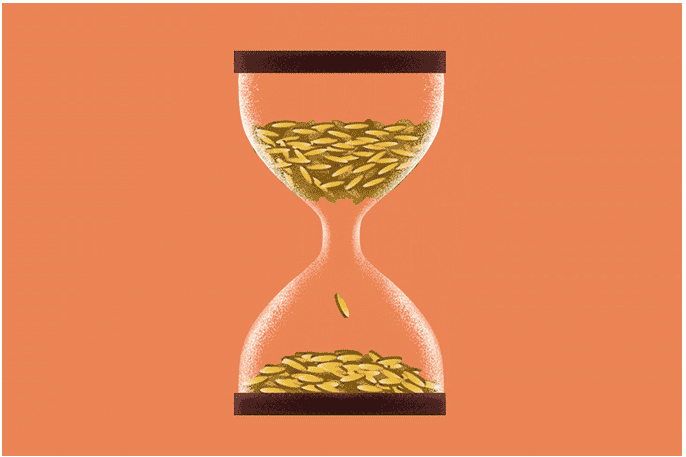 The coronavirus stimulus bill that became law in late March suspended the RMD requirement for this year. But what if you already took your required minimum distribution for 2020, and now you wish you hadn’t?

You may be able to put the money back into your retirement account.

Required minimum distributions (RMDs) are Uncle Sam’s way of finally getting his hands on some of the money that’s grown tax-deferred for decades in your traditional 401(k) or IRA. Starting in your early 70s, you must withdraw a minimum amount from your account each year and pay income taxes on it, whether you need the money to live on or not. (Congress late last year pushed the age when you need to start RMDs to 72 from 70 ½ for people who had not yet begun their distributions.)

Unrelated to the stimulus law, which is known as the CARES Act, there’s a permanent rule on the IRS books that allows a withdrawal from a retirement account to be “rolled over” within 60 days without any tax consequence. In the case of an RMD, you could do the rollover back into the account you withdrew it from, or move the money into another retirement account.

Already past the 60-day window? The CARES Act lays out a few specific scenarios that allow early-bird RMD takers to reverse their decision. If you don’t need that money to pay your bills, you might as well put it back. Extra income could push you into a higher tax bracket for the year and a higher income bracket for Medicare premiums down the line, forcing you to pay more each month for Part B and, if applicable, Part D.

The expectation is that the Internal Revenue Service will soon release guidelines that may make it possible for anyone to return an RMD taken out in January or February, regardless of whether they’ve been affected by the coronavirus or not.

“Caution and patience are the name of the game,” says Hayden Adams, a certified public accountant and certified financial planner who is director of Tax and Financial Planning at the Schwab Center for Financial Research.

“The IRS is definitely going to be coming out with guidance,” says Adams. That could be this week, or in a few weeks, as an already budget-constrained IRS scrambles to codify RMD-related issues addressed in the CARES Act. His advice is that until there is 100% clarity, it’s “best to hold off” on any moves right now.

Another area where clarification will be needed is whether workplace 401(k) plans are required to follow the CARES Act stipulations regarding return of RMD withdrawals. For instance, if a plan doesn’t allow rollovers into its plan as a general rule, it is not clear if the plan must allow a rollover as stipulated under the CARES act. (A potential workaround for anyone who has taken a 2020 401(k) distribution is to return the money via a rollover into an IRA account.)

For early-bird January and February RMD-takers who want to put the worm(withdrawal) back into their retirement account, here’s what you need to know:

The CARES Act also says “other factors as determined by the Secretary of Treasury (or the Secretary’s delegate)” may also be grounds for rolling over an RMD regardless of when it was taken in 2020. Translation: Stay tuned. This article will be updated when the IRS issues RMD-specific guidelines. In the meantime, Adams recommends a virtual huddle with your tax advisor to start working through under what conditions you may be able to roll an early RMD back into a retirement account.

The standard RMD mulligan is limited to one IRA withdrawal made within the past 365 days. You’re allowed to roll back (roll over) an IRA withdrawal into the same—or a different — IRA under the 60-day rule only once every 365 days. That is, you get to claim your mulligan on one IRA transaction (not one account, but one single withdrawal) made within a rolling 365 day period. This once-per-365 days-limit does not apply if your rollover is from a 401(k) and back into a 401(k), or from a 401(k) into an IRA.

You need to repay the entire distribution. If you already took a 2020 distribution, you likely had some taxes withheld. If you intend to return the money to a retirement account, you need to repay the entire amount, not just what landed in your pocket. For example, if you took a $20,000 RMD and had 10% withheld for federal taxes, the net that landed in your account was $18,000. But to repay you must rollover (recontribute) the entire $20,000 into a retirement account.

If you’ll be making other tax payments during the year—say estimated taxes to account for taxable Social Security benefits or pension payouts—you can adjust (lower) those payouts to account for the withholding from your RMD that you reverse. Or you will simply get credit for that withholding when you eventually file your 2020 tax year return.