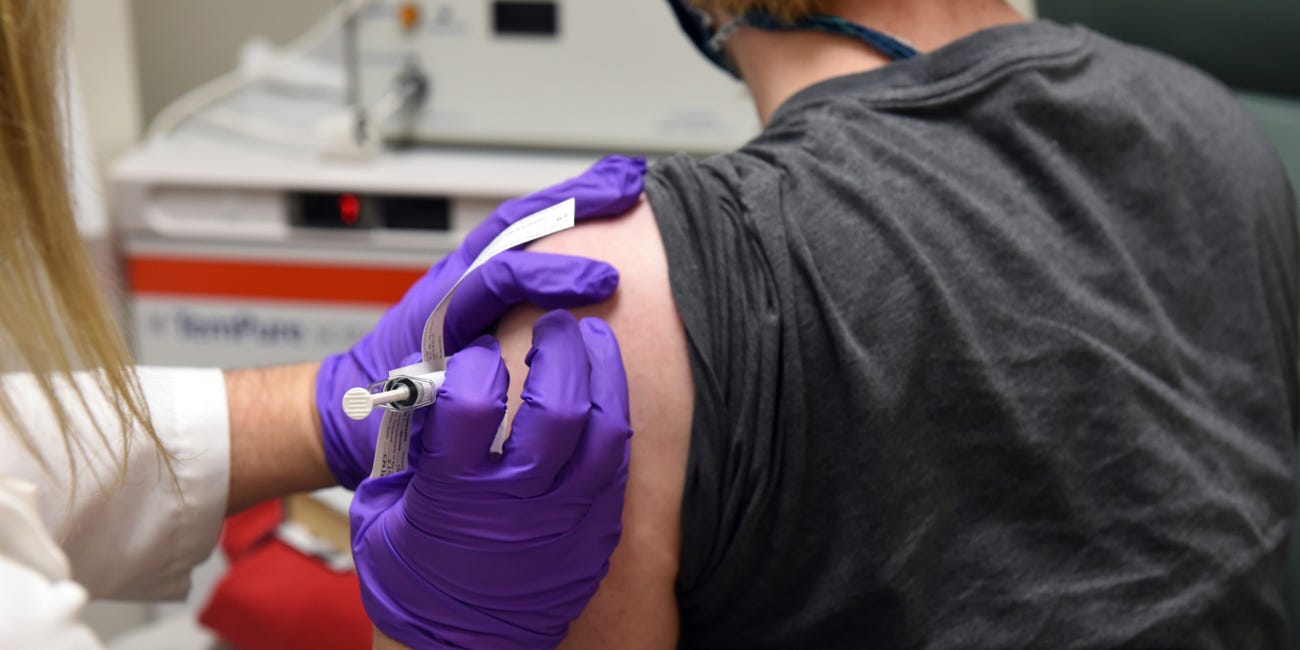 A patient enrolled in a coronavirus vaccine clinical trial receives an injection, May 4, 2020. University of Maryland School of Medicine/AP Photo

The global supply of a potential coronavirus vaccine being developed at Oxford University has been doubled to 2 billion after a deal including $750 million from the Bill and Melinda Gates Foundation.

The vaccine is being produced by AstraZeneca British drug maker, drawing on work by researchers from Oxford University.

It announced Thursday that it had signed agreements with the Coalition for Epidemic Preparedness Innovations (CEPI) and Gavi the Vaccine Alliance to boost its supplies.

The company has committed to mass-producing the vaccine before it has been proved effective, an unusual step designed to compress the long timeline of vaccine production.

CEPI and Gavi are both charities supported the Bill and Melinda Gates Foundation and the World Health Organization. The $750 million agreement with CEPI and Gavi will support manufacturing, procurement and distribution for 300 million of the 2 billion doses.

The statement also said that AstraZeneca struck a licensing partnership with the Serum Institute of India (SII), the world’s largest manufacturer of vaccines by volume, for 1 billion doses of the vaccine earmarked for low- and middle-income countries.

The deal includes “a commitment to provide 400 million of them by the end of 2020,” according to the statement.

The company had already announced the manufacture of 1 billion doses last month, according to the BBC.

300 million of the potential vaccines are already pledged to the US and 100 million to the UK, the BBC said. If clinical trials prove the the vaccine works, the first doses could be ready by September.

In the statement, AstraZeneca Chief Executive Pascal Soriot said: “We are working tirelessly to honor our commitment to ensure broad and equitable access to Oxford’s vaccine across the globe and at no profit.”

It remains unclear whether the vaccine, named AZD1222, will work. Soriot said the company should know by August, the BBC reported.

Richard Hatchett, chief executive of CEPI, admitted there was a “substantial risk” in investing in manufacturing a product that may ultimately not deliver, The Guardian reported.

Around 10,000 adult volunteers are currently testing the Phase II/III versions of the vaccine in the UK, according to the AstraZeneca statement.